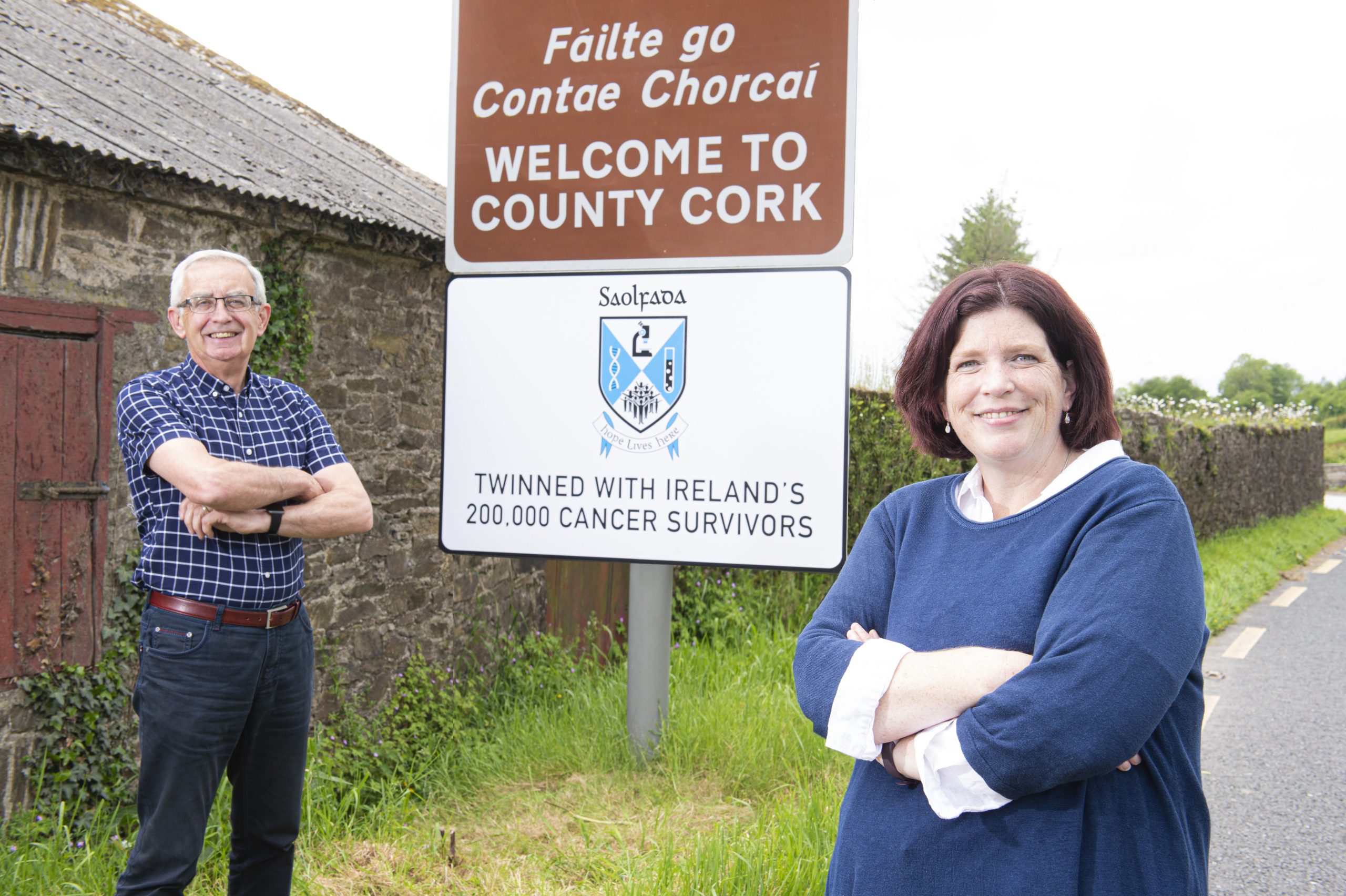 If Irish cancer survivors had their own county, the population would be as big as Cork City, or the Counties of Limerick, Kildare, or Meath.  Today, on National Cancer Survivors Day, Breakthrough Cancer Research is calling on Taoiseach Micheál Martin to designate a symbolic 33rd county in Ireland called Co. Saolfada, the county of Survivors, a name derived from ‘long-life’.

It will represent and celebrate a population that has survived and lived longer thanks to scientific innovation and cancer research.  They say this could be the fastest-growing county in Ireland with greater investment in R&D for new cancer treatments.

Breakthrough is inviting survivors to sign up to be part of a ‘County Council’ to drive research forward and effect change for their community.  Former Lord Mayor of Cork, cancer survivor John Buttimer, has come on board as the honorary Mayor, while Michael Flatley will the Ambassador of Culture. 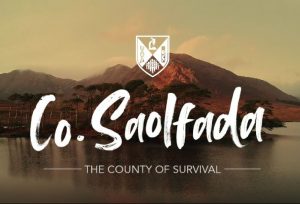 Almost 45,000 people are diagnosed annually with cancer in Ireland, and there are approximately 200,000 survivors or people living with cancer nationwide today (NCRI). Sadly, 9,000 still die from the disease each year.  Breakthrough says the best way to change this devastating statistic and increase the survivor population is to support innovative cancer research that will create new treatments for the hardest to treat cancers.

The charity invests in research into cancer prevention, early diagnosis, less invasive or toxic treatments and survivorship. Breakthrough wants to give everyone diagnosed with cancer the opportunity to reach Co. Saolfada and stay there for longer, and they want to ensure all residents have the best quality of life possible after cancer.

Commenting on the campaign, Orla Dolan, CEO of Breakthrough Cancer Research, said, “Today is a day to celebrate how far we have come. There are now 200,000 cancer survivors in Ireland, living with or beyond cancer, enough to make up the population of Cork City or the counties of Kildare, Limerick or Meath.  There are unique insights to be garnered from this community, which deserve distinct representation, so we are launching a symbolic 33rd county. 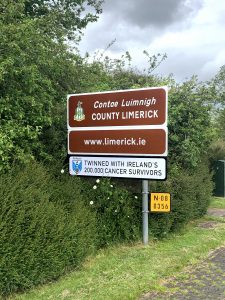 “The number of survivors is predicted to double over the next 25 years, mainly due to improvements in early detection, effective cancer treatment and new treatment developments.  The survival rates for some cancers are already above 80% or even 90%,.  But that’s not the case for all cancers and we urgently need to change that. With more research and better treatments, we could save many more of the 9,000 who still die from cancer each year in Ireland.  We should aim to add at least 80,000 more residents to Co. Saolfada in the next 10 years. Everyone diagnosed with cancer should get the opportunity to live there.”

“To help us achieve this ambitious goal, we are asking for the support of the public and government for greater investment in cancer research, to help make more survivors of cancer.  Sadly, everyone in Ireland is related to someone from Co. Saolfada, so if every adult donated just €5 in their name to cancer research this week, it would raise €20 million.  This would mean that we could give the green light to 4 new clinical trials, 3 strategic research programmes and 12 translational and lab-based multi year research projects throughout the country focused on early diagnostics, immunotherapy, overcoming treatment resistance, precision oncology, novel therapeutics.  This research would be focused on currently poor prognosis cancers like Oesophageal, Lung, Ovarian and Pancreatic and could be started if more funding became available.”

The charity is also forming a County Council for Cancer Survivors. Orla says, “We are also asking cancer survivors, the current ‘residents’, to put themselves forward for a new Council for the 33rd county – Co Saolfada.  Here you can represent your district and your experience, you can advocate for your community and input on research needed for your neighbours and future neighbours. If Kildare can have a county council to look out for the needs and wants of its residents, why should the cancer survivor population have none? Help us to make Saolfada one of the fastest growing counties in Ireland, with more investment in science and cancer research.”

Celebrity ambassador and cancer survivor Michael Flatley said he is honoured to be a resident and cultural ambassador of Co. Saolfada. “Today is a day to celebrate survival.  There are 200,000 survivors in Ireland, including me, thanks to innovations in medicine and cancer research, and that’s just incredible.  Let’s help Breakthrough increase the population of Co. Saolfada by supporting more research!  Everyone diagnosed with cancer could one day live there.”

Emma Crowley from Cork was diagnosed with bowel cancer in 2013 at the young age of 39 and subsequently cancer in her lungs in 2015.  She also lost her mum to pancreatic cancer.  She’s a strong advocate for acting on any symptoms early and for the power of cancer research.  Commenting on the launch of Co. Saolfada, Emma said, “I’m so proud to be a resident of Co. Saolfada and I want to stay there for a very long time.  I know only research and medical advances can keep cancer at bay, so I’m joining the ‘Council’ for cancer survivors with Breakthrough Cancer Research, so I can become more involved in supporting research and advocating for survivors.  And hopefully someday the money that we raise and the new treatments that we help create will prevent other people from having to go through what I went through and what my mum went through.”

Breakthrough has also appointed a temporary Mayor of Co. Saolfada, former Lord Mayor of Cork and cancer survivor John Buttimer. Commenting, Mr. Buttimer said, “Cancer can strike at any time.  For me it was during my year as Lord Mayor.  I think the idea of a County of Cancer Survivors with its own council is a wonderful idea – because there are 200,000 of us now.  And as such, cancer survivors should absolutely have more prominent representation in government.”

In addition to creating a symbolic new county, the innovative charity has even created a crest for Co. Saolfada with the motto ‘Survive All’, a Wikipedia page where people can find out more about the county of survivors, along with county t-shirts/ jerseys for survivors that can be bought in their online shop.

Breakthrough Cancer Research says the research they fund is now at a critical stage, where ground-breaking treatments are within sight. The charity is proud to work with researchers and scientists on exciting developments in cell-therapy, immuno-therapy, disruptive technologies and personalised medicine, which will improve survival rates and minimise side effects of current treatments.

Orla Dolan said, “As cancer research funders, we are always looking for ways to shorten the time it takes to get new effective treatments to patients who are waiting for them.  It has been a difficult year for research with trials being put on hold and fundraising events cancelled, so we are urgently calling on the public to donate now so we can continue our work with scientists, researchers and clinicians throughout Ireland and around the world to develop cutting edge new treatments.”

Over the past 20 years, Breakthrough has helped bring 8 novel treatments to clinical trial and the organisation has a further 5 in the pipeline.

If you’re going to donate any day, make it in honour of National Cancer Survivors day, which is only possible because of research.  For more see breakthroughcancerresearch.ie/saolfada and help #makemoresurvivors. 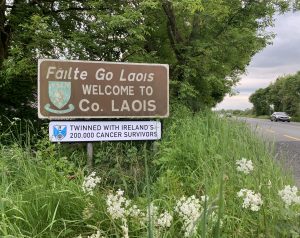 Saolfada, the County of Survivors and long life, is a place few of us have visited but 200,000 amazing souls live.  It’s a place of wonder, hope and above all life, where people work, live, play and laugh as much as they possibly can. It’s a land made possible by science, resilience and human compassion and ingenuity.  It is inhabited by as many people as Limerick, Cork City, Meath, or Kildare.  The future is embraced here. We call it Saolfada – The County of Survivors (As Gaeilge – Contae na Marthanóirí). Only more research will help more people to call it home, and get them to stay there longer. Donate today, National Cancer Survivors Day. 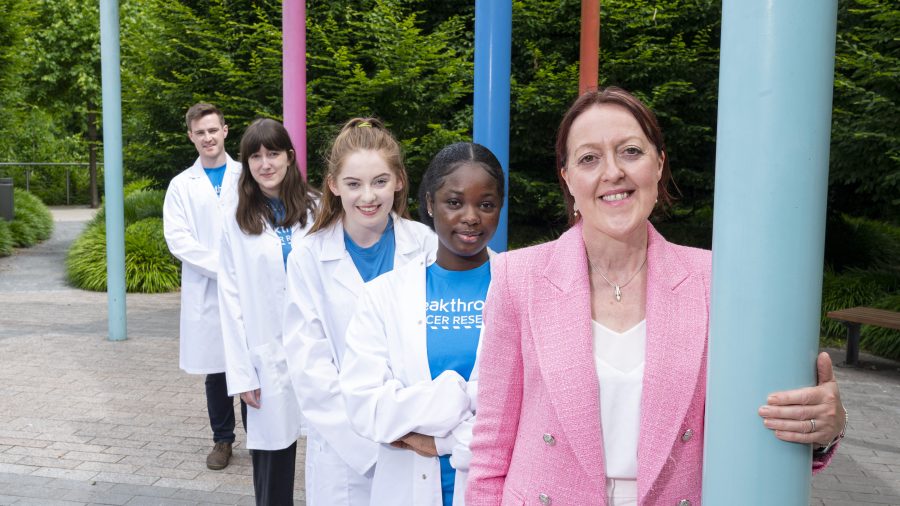 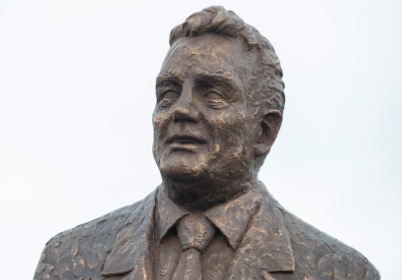