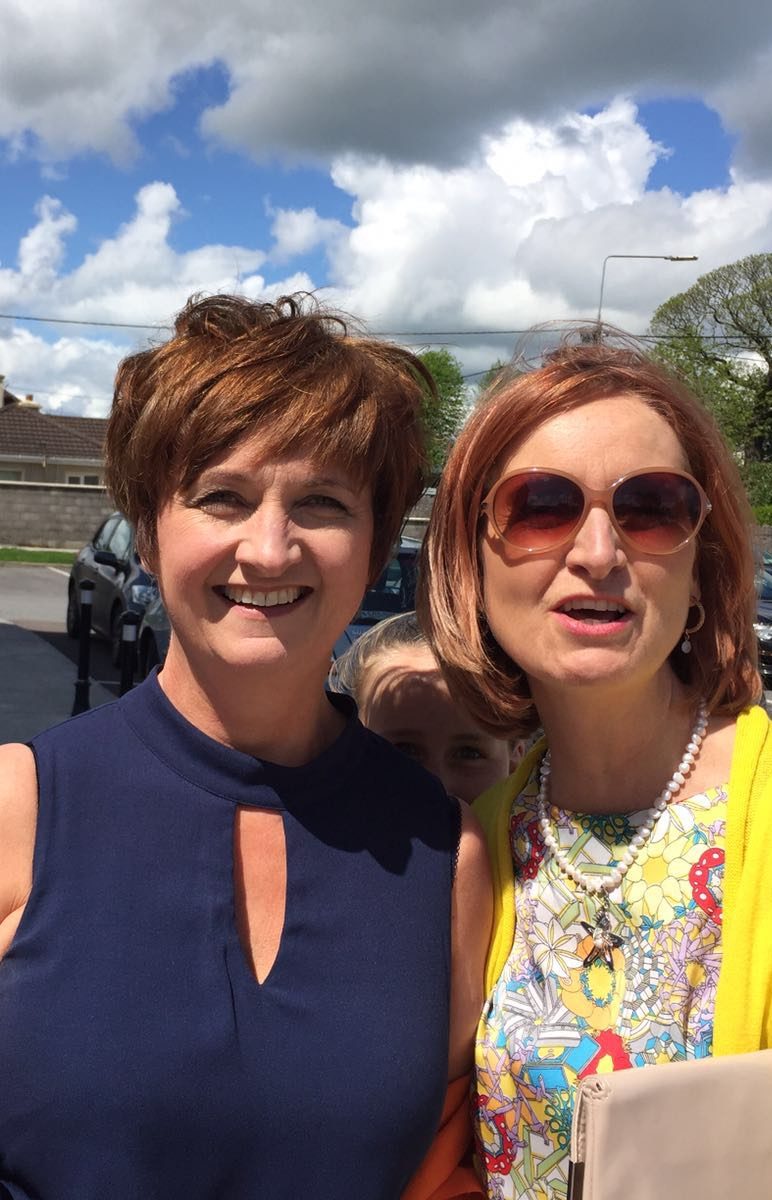 You shouldn’t have to say goodbye to your little sister.

Not forever. Not to cancer. And not when she leaves such a hole in so many hearts.

And that’s why – though it makes me cry – I’m sharing this with you.

I want you to be aware of the warning signs. And I want to ask you to join me in supporting Breakthrough Cancer Research – so that we can find a cure and spare another family our pain. My bright, vivacious sister died from ovarian cancer. She was diagnosed at 46 and passed away at 49. That was how fast the disease took her away from us. I miss her every day! So, I hope you don’t mind if I tell you a bit about her.

Antoinette and I were only a year apart. You could easily have thought of us as twins. We were very close, and we did everything together. But though I was the elder sister, she was the outgoing one. She had a spark in her, you know? When her favourite club was closing, she insisted we be there. And Antoinette just went right up into the DJ’s box. We teased her for having FOMO – the fear of missing out.

We didn’t know then what we’d all be missing. She had such a smile! She would have charmed you, I know it! Wherever she was, she just lit up the room. We were away together when Antoinette first told me she was feeling bloated. She didn’t want to eat. I asked if she’d seen the doctor. She said she’d been given a prescription. But the medicine wasn’t giving her any relief. She and her family usually go to Portugal for a week in the summer. And while she’s away, we usually don’t have our daily phone calls. But that year, she called every night. And it worried me. She told me she couldn’t eat now except for very small amounts. I could tell she was nervous.

When they returned, I urged her again to see the doctor. Though I live in Cork, and she lived in Dublin, I told her I would come up and drag her to the doctor. But Mark, her husband, had already said the same. They did an ultrasound, but said they needed to do further investigation.

Then they told her she had ovarian cancer. 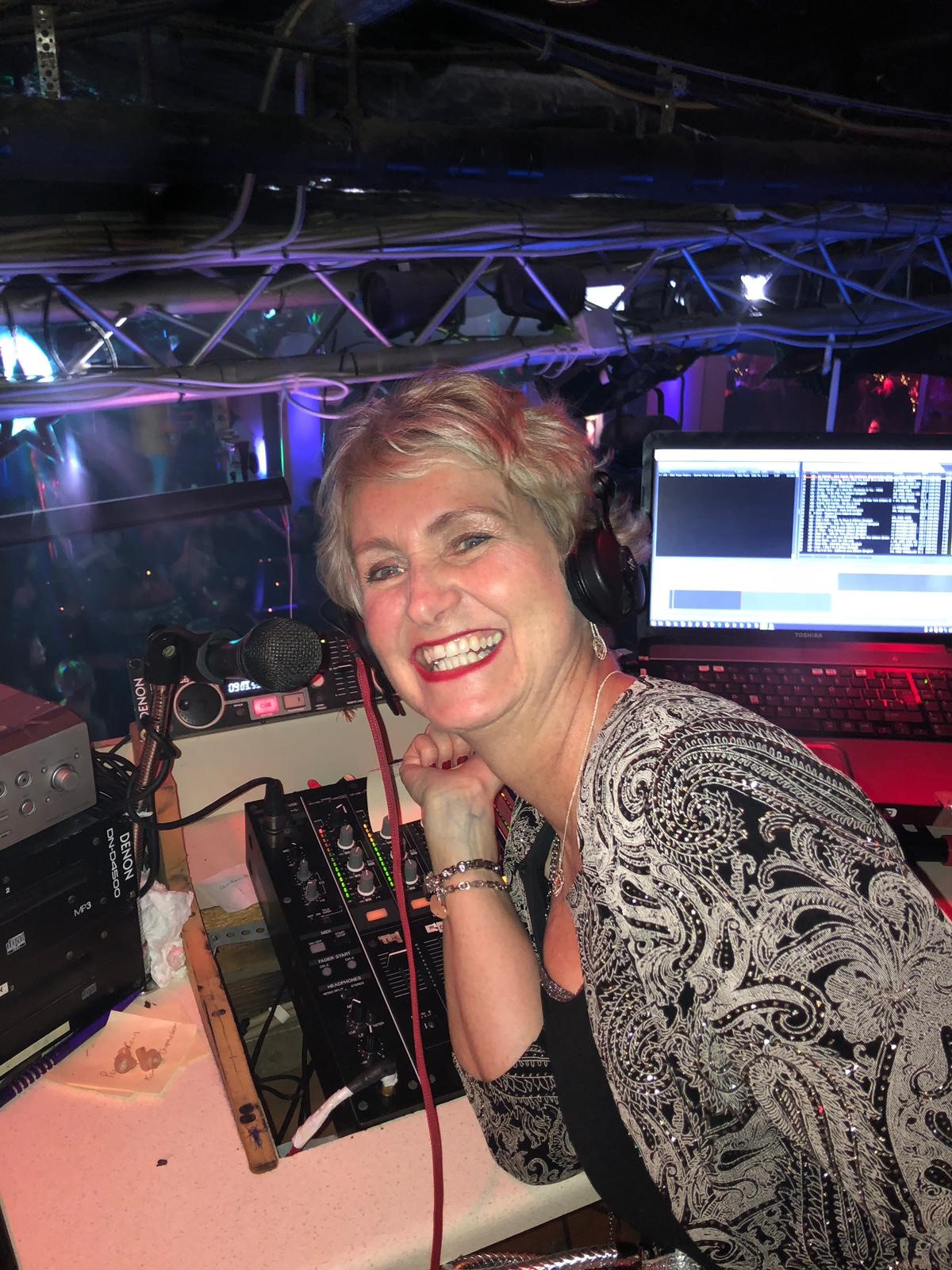 You know, stages were never really mentioned. But I do remember at one point, somebody did say it was stage four. And then it was never alluded to again. And I didn’t ask about it because I think the fear of it being stage four might give her less hope. Maybe there was more hope in what they were doing if we didn’t think about the stage.

She began chemotherapy right away. And it was as terrible as you imagine. She was scared because she didn’t know what to expect. But soon, she made friends with the hospital staff and the other people there for chemo.

It became a routine of sorts for her. She would go in and order her breakfast – a cup of tea and a croissant. But I just worried about her all the time. I think in my head I just had this feeling… you read, and you see the five-year survival percentages…

And she wanted to help. I remember she came to Cork to make a video about ovarian cancer for Breakthrough Cancer Research. It was important to her that others know the warning signs and support research. Antoinette was so positive. She never gave up and never gave in. She never admitted to me that she knew she was dying.

We never talked about the truth. I remember asking her, near the end, if there was anything she needed to talk to me about or anything I needed to do for her. ‘Why would I want to tell you something?’, she said. She was just going to carry on, you know?

I’m telling you all of this not to share my grief, although that’s absolutely there. But to share my hope that together we can help spare the next person their own grief. Because with your generous support, Breakthrough are moving research along so fast! Cancer can be hard to diagnose and harder to treat. But that’s changing, because of research. 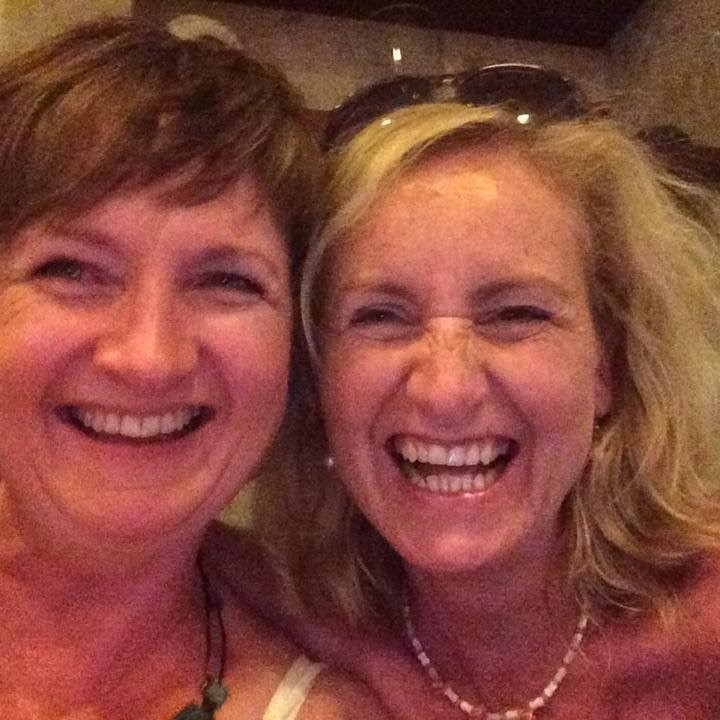 Can you imagine the day when we can find and control all cancers? Where maybe cancer is a bother, but not a death sentence? I dream about that day. Then I’d still have my sister with me.

And please, if sharing this does nothing else, let it encourage you never to ignore strange symptoms.

Though Antoinette seemed to be having digestive issues, it was the cancer growing in her abdomen. So, if anything seems off, please don’t push the thought away. It’s so much better to see the doctor and find out it’s nothing important. Because I know you have people who love you, too. And they’re not ready to say goodbye.

What Breakthrough Cancer Research are doing is vitally important, it really is. And it will take all of us, focused on this fight, to get the answers that will mean more survivors. Fewer lives cut far too short. Fewer families left with only pain and memories.

Thank you for taking the time to read this. It’s hard to share, but I know it’s for a good cause.

And please treasure every moment with your friends and loved ones. You’ll be glad you did!