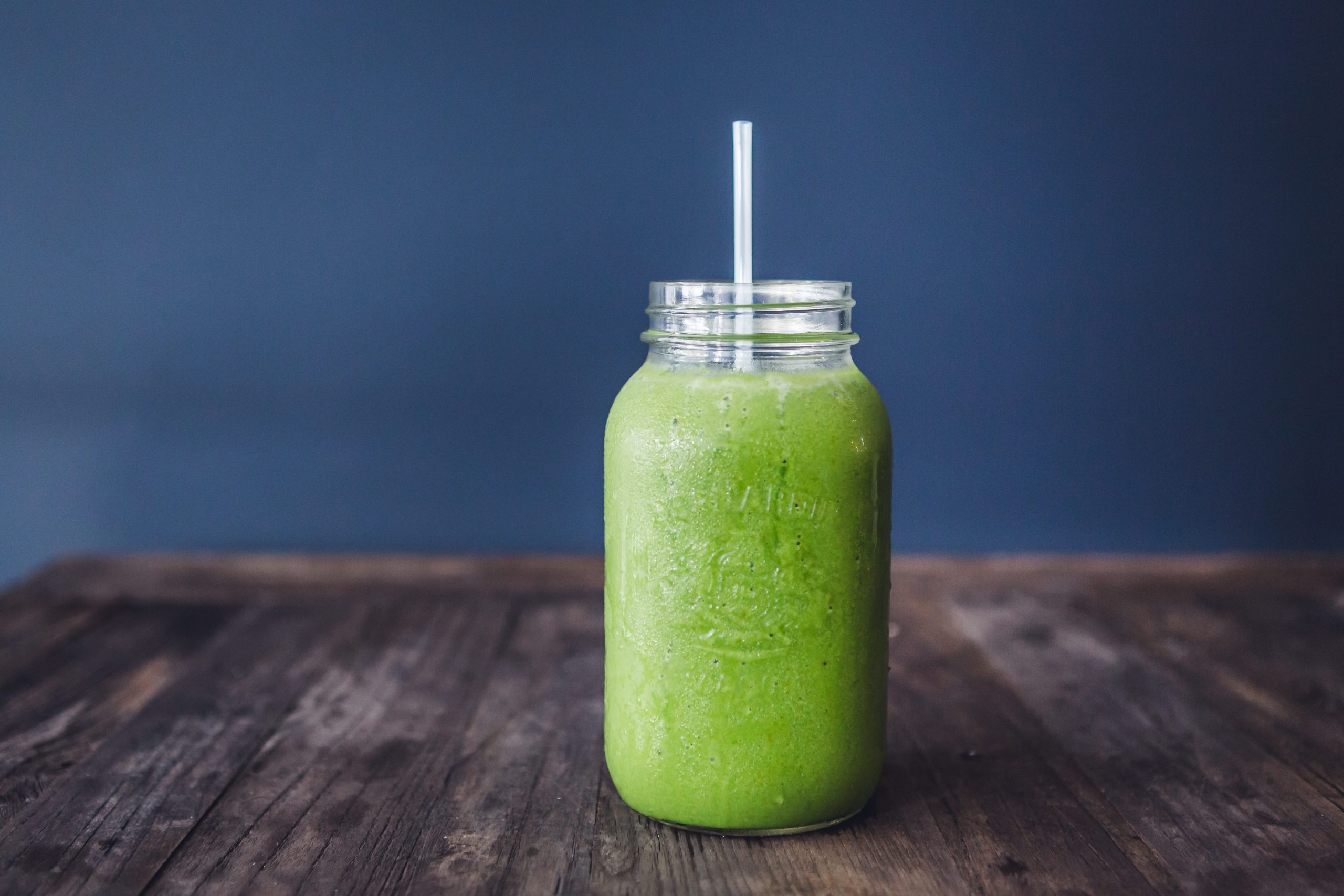 **This article was first published in The Guardian and is reproduced here with the permission of author Dr David Robert Grimes, physicist and cancer researcher at Oxford University**

Below we sort through some of the most persistent and pernicious myths surrounding cancer and its treatment.

Cancer is a topic with high emotional resonance – there is hardly a family in the world that has not been touched by this complex family of diseases. Yet cancer is still widely misunderstood. Given the sheer volume of information available on the internet and elsewhere it is often difficult to separate fact from fiction.

This can leave patients, friends and family confused and vulnerable to dodgy information at best, and ready to undergo dangerous “treatments” and “cures” at worst. Just over three years ago, I tackled six common cancer myths; but as new myths arise and information moves on, it seemed a good idea to start the year off by debunking some new myths – as well as some that have refused to disappear.

Cancer can be beaten or avoided with certain special diets

The idea that one can directly influence cancer through something as simple as diet is an alluring one. After all, a cancer diagnosis can be extremely frightening, and the thought of being able to take some personal control is comforting. The promotion of “cancer-beating” diets has become especially prominent on social media in recent years.

The reason that acidity is seen as an issue is because while healthy cells get the majority of their energy from oxygen respiration, cancerous cells tend to inefficiently use glucose at a higher rate than healthy cells. This consumption of glucose (a process called glycolysis) results in acidic waste products, and consequently a higher acidity around cells which use this mechanism. This increased reliance of cancer cells on glucose even when there’s enough oxygen is known as the Warburg effect.

In 1924, Otto Warburg suggested this metabolic switch to glycolysis might drive cancer. Subsequent investigations showed that in fact the switch actually stems from the very mutations that give rise to cancer – basically, it’s a consequence of cancer rather than the cause.

This means that an alkaline diet can’t affect cancerous cells. Even if it could, there’s another wrong assumption here: that one can change tissue acidity or alkalinity through diet. Tissue acidity is tightly regulated by our blood and brains, and cannot be altered by anything we consume – almost the only acidity diet can influence is that of urine.

Deeply intertwined with this myth is the notion that certain foods “feed” cancer, with sugar typically listed as a culprit. However, while obesity is linked with cancer risk, the idea that sugar specifically fuels cancers is wrong. Glucose is a simple sugar, but one required by every cell in the body, cancerous or not. All carbohydrates, whether from vegetables or chocolate, are broken down to glucose, but there’s no preference for “sugary” carbs to gravitate towards cancer cells.

Related to this is the ketogenic diet for cancer, or the suggestion that cutting out carbohydrates can throttle glucose production and starve cancers. In fact, some advocates have even asserted that ketogenic diets eliminate the need for chemo and radiotherapy. This understandably sounds attractive, but there is no evidence for this claim. In fact, there’s an overall lack of credible of data to support claims made on the diet’s behalf, a subject explored in some depth by Professor David Gorski.

The bottom line is that while good nutrition is important in cancer (and indeed to health in general), the reality is that no diet can cure cancer – no matter how glossy the pictures might look in a diet book or on Pinterest.

Faced with the prospect of chemotherapy, many patients wonder if there is a more “natural” option. The hope is that cannabis, homeopathy or a herbal supplement will eradicate cancer whilst sparing the patient the potentially unpleasant treatment effects of chemo and radiotherapy. There’s also always the prospect that something “natural” might be more efficient that something manufactured by a drug company, who are surely only interested in profit (more on this later).

Cannabis and derivatives such as cannabis oil are pretty much top of the list when it comes to non-chemotherapy “treatment”. This is not surprising as cannabis has been used recreationally and medicinally for centuries. THC in cannabis has known anti-emetic properties, and for decades agents derived from it have been used in the clinical management of pain and nausea.

Beyond this, however, claims that cannabis has any efficacy as a cancer treatment are unsupported by evidence, as a wide-ranging US study recently concluded. As these extremely comprehensive reviews by the National Cancer Institute and Cancer Research UK also show, the weight of evidence to date simply doesn’t support the use of cannabis as a cancer treatment.

Cannabis may not have an impact on cancer, but at least THC has some helpful effects. Homeopathy, however, is a different story. In multiple studies, homeopathy has been shown to have no effect beyond placebo. In fact, its central tenets are completely at odds with known physics and are demonstrably wrong . Yet homeopathy remains popular. While the preparations might be in themselves biologically inert, there is a serious danger that patients will cling to the false hope offered by them and reject medical intervention that could be beneficial, which can have fatal consequences

There are certain things we do know contribute to cancer. Smoking is perhaps the most well-known example, with about 90% of all lung cancers directly attributable to cigarette smoking. Yet cancer often arises in individuals with no obvious risk factors, giving it a seemingly capricious nature and leaving people struggling to find an explanation.

In lieu of a clear villain, suspicion can turn on all manner of common household chemicals. Deodorants, for example, are frequently an object of concern, given their proximity to sensitive areas of our skin. In particular, the idea that antiperspirants might cause breast cancer gained traction throughout the 1990s. Alarming as such rumours are, numerous studies have shown this supposed link to be entirely fictitious.

Artificial sweeteners too have a long history of being the target of dubious claims. A now infamous e-mail hoax falsely claimed they were neurotoxic poison, despite being debunked by the US Food and Drug Administration (FDA). Over a decade later, such rumours persist – sustained pressure by activists in 2015 even led Pepsi to remove aspartame from its products – a decision quietly reversed in 2016. Inevitably, it was only a matter of time before a link to cancer was alleged. However, numerous studies on sweeteners including saccharin, aspartame, acesulfame potassium, sucralose and neotame show no evidence of such a link.

The finger of blame is often pointed in the direction of powerlines, microwave ovens and cell phones . I’ve covered this in depth before, but essentially the concern that there might be of a link between household electromagnetic radiation and cancer is based on a misunderstanding of the term radiation and unfortunate conflation with radioactivity. And while high-energy electromagnetic radiation can damage DNA (a fact exploited in x-ray therapy for cancer), this isn’t the case for lower energy light. The microwave energy at which most domestic appliances operate completely lacks the ability to ionize DNA and damage cells, a fact confirmed by years of experiments and observations.

There is a cure for cancer, but it’s being suppressed for profit

Readers of my original article on cancer myths might notice this one was tackled there too, but the repetition here is not accidental. The idea that big pharmaceutical companies are secretly suppressing a cure for cancer is a zombie myth, refusing to die no matter how many times it is killed by the sheer force of evidence against it.

Firstly, cancer is not a single monolithic entity, but rather an entire family of diseases with wildly differing characteristics. Therefore the idea that there is a single “magic-bullet” cure is far-fetched in the extreme. Even if such a cure did exist, it seems highly unlikely that if profit is the motive that pharmaceutical companies would sit on such a goldmine rather than exploit it. After all, cancer would still exist – and a cure would still be needed by millions of patients.

Secondly, were a cancer cure conspiracy to exist, it would be massive, requiring collusion on a staggering scale. This is something I explored in a paper published in Plos One last year, which concluded that even if conspirators were amazingly skilled secret-keepers, the sheer number of people involved make such a conspiracy supremely unlikely to stand the test of time.

So why then does the cancer conspiracy theory refuse to die? The cynical answer is that it provides a useful get-out for those pushing alternative cures, supplements, seminars and diet plans. Crying conspiracy gives charlatans an easy way to either dismiss scientific evidence opposing their claims or to explain away a lack of supporting data.

In any case, there’s another reason why conspiracy theories are attractive. Psychological research suggests that belief in conspiracy theories is intricately linked to a human need for control. It’s therefore unsurprising that a disease feared by many would become a focus for conspiracy theories. What is shocking is the extent to which these views are held – an estimated 37% of Americans believe that the FDA are so beholden to drug companies that they are suppressing ‘natural cures’ for cancer.

At the end of the day, these myths centre on the idea that there is a simple cause or cure for cancer. The reality is that cancer is complex illness, and simple narratives should be treated with scepticism. It can be difficult to pick out accurate information, and the sheer density of bogus claims risks ensnaring even discerning individuals. But almost inevitably such claims either distort reality completely or worse, commercialise false hope. Cancer is frightening, but accurate information is of paramount importance – and organisations like Cancer Research UK have excellent and impartial patient guides.