Vaccines should be Favoured not Feared, from MMR to HPV and Covid 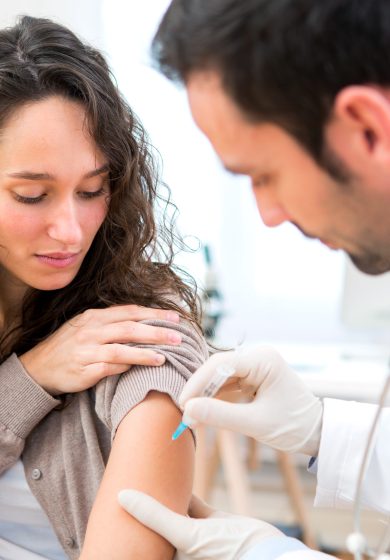 Few interventions in human history have saved more lives than vaccines. After clean water, no medicine nor treatment has had more impact on societal health or mortality rates. The advent of modern immunology has banished infectious diseases that once were a scourge to humankind to often just a bad memory, from smallpox to measles. Vaccination can even prevent an entire family of devastating cancers, and all their attendant human misery. Yet despite this, there is trepidation, misunderstanding, and outright disinformation on the subject which confounds public understanding. And as discussion on the topic reignites in intensity with the emergence of COVID-19 vaccines, it is worth delving into facts and fictions about immunisation.

There is an ancient adage that suggests “prevention is better than cure” – and vaccination is the embodiment of this philosophy. The principle behind immunisation is to prime the immune system to recognise a noxious agent in an attenuated, harmless state and develop defences against it. Then when the immune system encounters the real pathogen in future, it is trained to destroy it before it causes harm. We may draw a rough analogy with club bouncers seeking miscreants; if the bouncers aren’t trained to recognise the threat of a particular troublemaker, that individual may be able to get into the club and cause significant damage before they’re stopped. Vaccination in this analogy is like supplying the bouncers with a photo of the reprobate so they can be barred before breaching the club and causing harm.

It is difficult to overstate how drastically vaccination has impacted human mortality statistics; the discovery of immunisation in the 1700s by Edward Jenner and his contemporaries marked a turning point in societal health, and a staggering decrease in infant mortality. In the modern era, vaccination is estimated to save 6 million lives a year. But even since the time of Jenner, there has been a vocal anti-vaccine minority. For most of their history, this small but adamant movement have opposed opposition on ideological grounds. And throughout their history, they have been shown no qualms about decrying vaccination as “unnatural” or “poison”. Despite the passion with which these beliefs are held and propagated, they are utterly unsupported by any real evidence. In reality, the data demonstrating the safety and efficacy of vaccination is so overwhelming as to be incontrovertible. 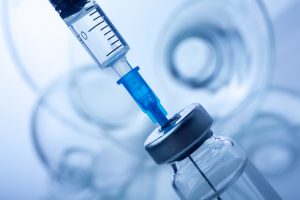 That their position is completely untenable and contradicted by every public health body worldwide has unfortunately proved no impediment to the dissemination of their false claims. The MMR-vaccine confidence crisis of the early 2000s is a case in point. In 1998, a gastroenterologist named Andrew Wakefield claimed there might be a link between the measles-mumps-rubella (MMR) vaccine and autism. His evidence for this assertion was so flimsy as to be non-existent, a statement contradicted by vast swatches of medical research. Even so, his comments triggered mass panic, and vaccine rates in the UK fell drastically, from around 95% to lows in the mid 70s. This might not seem that extreme, but measles is a highly infectious disease – each single case gives rise to 18 further infections on average. In communities around Western Europe, measles cases exploded – and inevitably, people, mainly children, paid the cost with their lives.

Wakefield himself was ultimately exposed as a charlatan who had committed fraud, and stripped of his medical titles, but the damage lingers on. The USA, declared measles free in 2000, saw record outbreaks of measles in 2020. Europe too has seen staggering outbreaks, the toxic legacy of Wakefield’s deceit. Part of the reason for the endurance of this fabrication is a thoroughly modern problem: the rise of online disinformation. Since the late 1990s, anti-vaccine activists have proven adept at colonising online spaces and spreading conspiracy theories about vaccination. The myths they spread tend to be visceral and emotive, designed to frighten people, particularly new parents, into a terrified inertia. It is important to note that vaccine hesitancy isn’t a simple binary; it is a spectrum. Most parents who opt not to vaccinate are not dyed-in-the-wool anti-vaccine zealots, but simply frightened parents, eager to do the best for their children. Exposure to anti-vaccine propaganda unfortunately scares parents, often enough to delay or avoid vaccinations.

Sadly, the anti-vaccine movement has no problems with vectoring false claims, even when it is hugely destructive. Consider human-papilloma virus (HPV), a virus ubiquitous to humans. Spread by skin-to-skin and sexual contact, an estimated 95% of people have had at least one of its over 179 strains in their life-time. While these are usually dealt with by the immune system, in some individuals they can persist and eventually give rise to cancer; HPV infection is responsible for about 5% of all cancers worldwide, including cervical cancer, penile cancer, anal cancer, and head and neck cancers. The HPV vaccine was thus a revelation, capable of preventing a whole family of terrible cancers, condemning them to grim spectres of the past. Even as countries like Australia and Scotland saw incidences of precancer fall precipitously in the wake of HPV vaccine, this welcome news did not stop the anti-vaccine movement spreading disinformation about the vaccine.

In Japan, scaremongering over the vaccine saw uptake fall from 70% to under 1%, a situation expected to cost over 11,000 lives. Denmark saw uptake collapse from 79% to 17% following anti-vaccine propaganda. In Ireland, highly publicised scaremongering drove uptake from 87% to 50% in a year. Ireland, however, displayed a unique response – a coordinated alliance of scientists, doctors, patient advocates, and parental groups to stem the tide of misinformation. Central to this was Laura Brennan, a young woman who despite a terminal cervical cancer diagnosis, passionately and articulately argued for the vaccine that could spare women her fate. Laura passed away in March (2019) aged just 26, but her bravery and brilliance will save untold lives; due in large part to her campaigning, uptake in Ireland has climbed back to pre-crisis levels*.

There are lessons to be learnt in all this – as vaccination promises to release the world from the misery of the last year, it is inevitable that anti-vaccine activism is again showing its ugly visage. But it’s crucial to realise that their claims are devoid of any merit, designed only to frighten and confound. The scientific and medical reality is that vaccination is incredibly safe and effective. In all the sound and fury, it is vital that we do not allow purveyors of disinformation undermine the incredible power of vaccination to save lives – our well-being depends on it.

*Dr David Robert Grimes is a cancer researcher, physicist, and author of “The Irrational Ape – Why We Fall for Disinformation, Conspiracy Theory and Propaganda” David is a volunteer advocate for the HPV vaccine, and was privileged to be both a colleague and close personal friend of the late Laura Brennan.  He declares no financial conflict of interest.